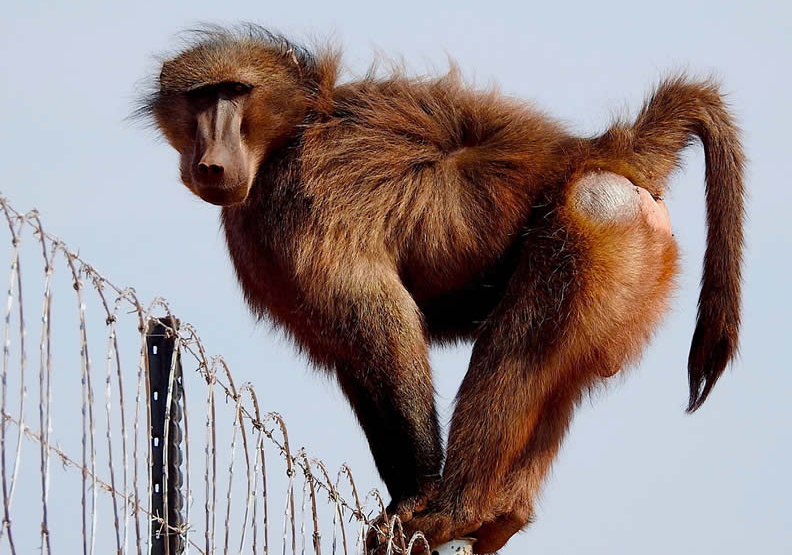 Victoria Falls: Residents and businesses endured almost four hours of a power cut Monday afternoon after a troop of baboons tampered with ZESA infrastructure at the town’s main substation, causing power to trip.

The blackout also affected water supply as the resort town’s water is pumped directly from the pump station to users since there is no reservoir.

Some shops, including TM Pick n Pay were also caught unawares and forced to close before 3pm, probably because they had no standby generators or fuel.

Under lockdown regulations announced recently, businesses are permitted to open between 9am and 3pm.

After months of uninterrupted electricity, residents were shocked to find they had been switched off just after 12 noon, leaving the whole of Victoria Falls town including residential areas, central business district (CBD) and industrial area without supply.

This was after one of the baboons got trapped at a substation along Pioneer road in the industrial area. It was not clear if the mammal was electrocuted.

Power was restored at 4pm.

In statement, Zesa Victoria Falls office manager Nhlanhla Mkwananzi said the baboons had caused damage to sections of the premises.

“We (ZEDTC) have a fault at our substation caused by baboons and some equipment damages incurred. Work to restore supplies is in progress,” he said.

Sources said a baboon was in near electric shock as it got trapped thereby causing power to trip.

This is not the first time baboons have tampered with electricity infrastructure at the same Zesa property.

A similar incident occurred in 2015 when a baboon touched a live wire and got injured by an electric shock resulting in a three-hour power blackout.

The agitated troop blocked Zesa electricians from accessing the substation to restore electricity.

It also charged at people as it temporarily blocked Pioneer road to protect its member that lay motionless for some time after the electric shock.

Zimparks rangers were called in to disperse the troop after which electricians restored power.

A fortnight ago, a section of another Zesa substation in the resort town was partly burnt and it was suspected that baboons had tampered with the wires.

While baboons’ presence is not new or unusual in Victoria Falls streets, the wild animals have, since the start of lockdown, been freely roaming around without disturbance by humans who are largely locked indoors.

Closed offices have been noted to be characterised by baboons poo, with the specie that is known for scavenging for food left-overs in bins and sometimes stealing from cars and houses, resorting back to nature and eating pods from jacaranda trees in town because of lack of food owing to limited human activity and closure of shops and restaurants.

CPUT campuses to remain closed for the day

DPE: SA will soon know how the R10 bn needed to revive SAA will be availed